Hungary staked its claim as jazz capital of Central Europe February 3–5 as the arts center Müpa Budapest—comparable to the Kennedy Center in Washington, D.C., —staged its 10th annual Jazz Showcase and Talent Exchange.

The weekend’s smoothly organized events demonstrated both an international level of musicianship and a distinctly native flavor. There was a competition in which nine locally based acts vied for future gigs, performing afternoon sets in informal spaces for crowds of 60 to 100 listeners; an impressive exhibit of Sánta Istvan Csaba’s photos of American jazz masters; two panel discussions; and three evening concerts of regionally-rooted stars, held in Müpa’s well-designed theaters. 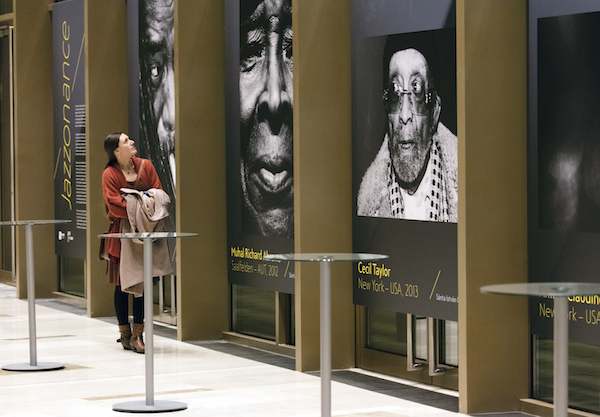 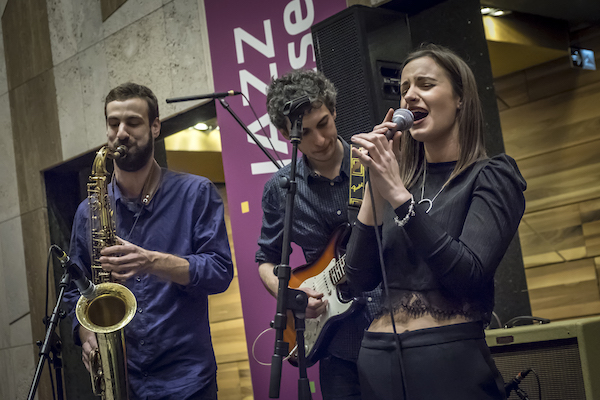 All the women sang in English, giving a colorful lilt to the familiar lyrics of “My Foolish Heart,” “Superstition,” “On Broadway” and Betty Wright’s “Cleanup Woman,” among other hits. Horváth and Vörös were both abetted by saxophone and guitar soloists, as well as solid bass and drum support. Kész offset her gleeful chants, wild wailing and loops with a pianist who gave his improvisations a classical touch and a drummer who kept simple yet effective time. 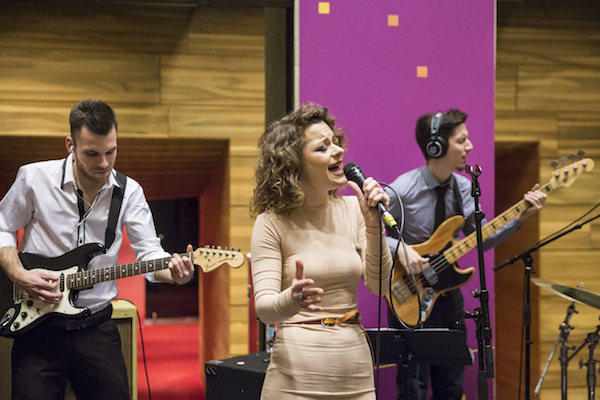 Polling of the Showcase/Exchange audience over three days resulted in the crowd’s award going to singer Vörös. Her prize is to headline a free, open air Müpa concert next summer. The Zemplén Festival, held in June in the wine-producing northeastern province of Hungary, rewarded Cintia Horváth and pianist Gyula Balogh’s quartet with the promise of upcoming appearances.

Drummer Balázs Bágyi, president of the Hungarian Jazz Association, drove his New Quartet. Chinese trumpeter Li Xiaochuan was a special guest, interweaving his tightly focused sound in loose cohesion with saxophonist Sandor Lakatos on one composition alternating 5/4 and 6/8 sections, as well as another titled “Shanghai Blues” and a jazz waltz.

For the finale, tenor saxophonist Gábor Bolla provided powerful obbligato for singers Juli Fábián, Veronika Harcsa and Bálint Gájer, harmonizing on “Almost Like Being In Love” from the 1947 Broadway musical “Brigadoon.” These Central Europeans swung hard, with precision, polish, and complete commitment to jazz in the contemporary, global idiom. DB