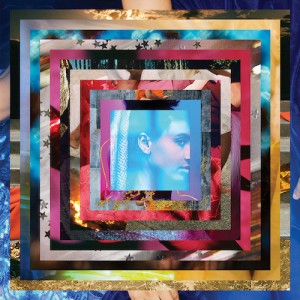 Esperanza Spalding’s music frequently has embraced the esoteric. Ranging from the 77-hour, live-streamed writing and recording of her 2017 record, Exposure, to collaborating with pop juggernauts Janelle Monáe and Bruno Mars to now releasing a project inspired by Reiki healing practices, the bassist/composer certainly takes inspiration from disparate sources. While tangential tie-ins to the music could be seen as a distraction from its substance, Spalding has proven during her career that each album matches its intricate theme. And 12 Little Spells is no different.

Initially released over the course of 12 days via 12 videos on Facebook and Instagram, 12 Little Spells is a complex and multifaceted piece of work, one that functions through Spalding’s poetic lyricism as much as her thematic arranging. Opener “12 Little Spells” bursts to life with a cinematic sweep of flutes, rumbling horns and fluttering guitar as Spalding expounds on the virtues of the thoracic spine: “Twelve little wells of golden ink/ Bone bottles stacked mouth to tail.”

The expressionistic lyricism continues throughout 12 tracks and four bonus numbers, with highlights coming on the considered irreverence of “’Til The Next Full,” describing eyeballs as “hollow but presently holding shape around a gooey filling,” as well as the full-voiced refrain of “The Longing Deep Down”: “It’s fucking hard to be longing/ And at the same time to feel your own belonging.” Here humor intertwines with the melodramaticism of Spalding’s arranging to create a tongue-in-cheek aside to the spiritual themes of the album; her meditations on the mind and body commune with musical energies.

Taken as a whole, though, the composer’s musings can feel crammed into each of these “little spells.” While members of her band, such as drummer Justin Tyson, excel on the beat-programming of “Lest We Forget” and guitarist Matthew Stevens provides a languorous, charming progression on “’Til The Next Full,” Spalding jams many of the tracks too full with her poetry, stifling the chance for the music to breathe.

Of course, she’s the star of the record, a polymath prodigy with ideas seemingly pouring out of her ears at every turn. She’s a thoughtful lyricist, crystalline-clear singer, groove-steady bassist and textural pianist. 12 Little Spells pushes Spalding further into a pop-influenced space of songwriting, a trajectory begun on 2012’s Radio Music Society, where jazz motifs met hook-laden melodies. Yet, its current hybrid pop-jazz-poetic state can’t contain the mass of Spalding’s ideas. The recording likely would benefit from giving listeners more time to take in its message and more space for its music to convey the depth of Spalding’s creativity.