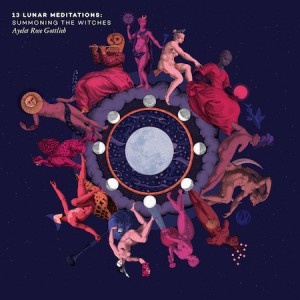 The communal spirit of Ayelet Rose Gottlieb’s 13 Lunar Meditations: Summoning The Witches feels like a gift. Inspired by the phases of the moon and, especially, women’s relationship with the celestial body, the song cycle was created by mining the words of 20 women and was recorded using a raft of vocalists, including a small choir led by experimental artist DB Boyko.

To reflect the variety of voices and texts, Gottlieb composed a range of music, from the Meredith Monk-like knot of chanting and babble on “Dissipating Discus” to the folksy swing-cum-agit rock of “Moon Over Gaza/Almost Summer/I Come From There.” And she adapts and shifts the timbre and volume of her voice to meet each moment. It’s a daring and challenging effort, even as it makes the album a little difficult to get a firm grip on. By that same token, it feels like Gottlieb wrote this work to encourage active listening. It doesn’t flow smoothly or fall into the background. Just as the music threatens to do so, a little surprise might pop up.

The words that Gottlieb and her collaborators present deserve deep consideration. There’s so much poignancy and power within this material: Voices marvel at the notion of the moon shining on future generations or strain to connect the moon to spiritual practices with a breathtaking effect that doesn’t dissipate.