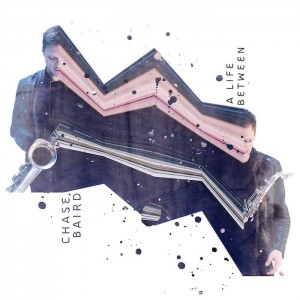 “Ripcord,” the opening gambit of saxophonist Chase Baird’s A Life Between, makes it seem like the album might make a run at some sort of jazz-rock update. But the easy melodicism of each cut—defined by Baird’s innate ability to whip off lines that contain some sort of vocal quality—minimizes those concerns. That the bandleader’s brought along pianist Brad Mehldau and drummer Antonio Sánchez doesn’t hurt much, either.

“Ripcord,” though, does lunge and sway during a transitional passage like any rock-world breakdown. But Baird uses the easily understood compositional component as a way to thread together his solos and Mehldau’s. It’s not necessarily a neat stitch, but absolutely functional.

“I really want to be in Radiohead,” the bandleader said in a press release, half-joking. “But how can I be a saxophonist and do that?”

But some of the most exciting moments here come during a duet passage between Baird and Sánchez on “Wait And See,” each player familiar with the other’s vocabulary from playing in the drummer’s band, Migration. And squeaky solemnity abounds on “Im Wunderschönen Monat Mai,” the album closer, an interpretation of a Robert Schumann composition. It closes the album out on a quiet, reflective note, in stark contrast to how A Life Between started. It’d be easy to posit that these two approaches—aggro and balladic—in some way hem up the broad sonic personality of the bandleader. But really, at a time when we’re all devouring vast quantities of film, writing, art and music, it should just be the standard. Baird easily surpasses that expectation while in the company of the some of genre’s best.