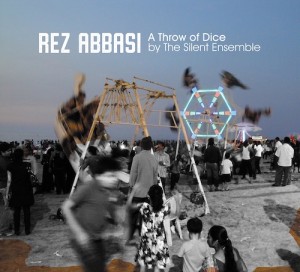 As a kid, guitarist Rez Abbasi was a rocker, learning Zeppelin and Van Halen riffs before discovering other sources of inspiration, like Jim Hall, Zakir Hussain and Beethoven. The explorations make him an ideal candidate to write the new score for a 1930s silent movie. German director Frank Osten filmed A Throw of Dice (A Romance of India) on location in India, replete with a cast of thousands. And while the epic nature of the film seemingly would call for a large-scale production, Abbasi manages to weave an intimate tapestry of sound into the black-and-white cinematography. His relatively compact Silent Ensemble produces vignettes of raga-inspired melodies, collective improv and even a piano motive evoking Game of Thrones. As on many of his recent projects, Abbasi displays a knack for reconciling diverse influences in a robust, holistic synthesis of delight. Throughout, his first love—rock ’n’ roll—is omnipresent, with a variety of grooves and pulses of varying intensity ranging from light toe-tapping to mosh-pit jumping. Writing for film, by necessity, has restrictions, so hopefully Abbasi will have the opportunity to follow the music to its potential in later standalone performances.