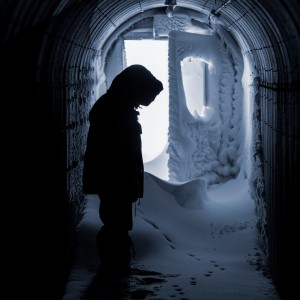 The Columbia Icefield is a vast glacial structure in the Pacific Northwest. Nate Wooley, originally from Oregon, has been contemplating it in music for two albums now. The first release by his Columbia Icefield ensemble arrived in 2019, arranged for quartet: his own trumpet, Mary Halvorson on guitar, Susan Alcorn on steel guitar and Ryan Sawyer on drums.

This album also focuses on three extended pieces, one nearly 11 minutes long and the others between 15 and 16, but there are also four tracks labeled “TK 1,” “TK 3,” “TK 5” and “TK 7,” which blend the music with field recordings and the sounds of truck engines and planes flying overhead. This is intensely beautiful and contemplative work, full of heart-stopping solo and duo passages, often spotlighting Halvorson and Alcorn more than the nominal leader, as well as powerful, almost hard rock crescendos. The nature sounds place it into the context of life and the world, though of course it’s all part of a large and elaborate illusion. The studio recordings are impeccable, and treated with subtle effects to surround the listener. Meanwhile, some of the nature sounds are blown-out and distorted, as though overpowering the microphones.