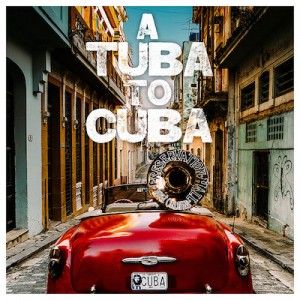 In 2015, a few months after the U.S. lifted a decades-long embargo on travel to Cuba, the Preservation Hall Jazz Band made a pilgrimage to the island from its home in New Orleans. The trip, memorialized on film, became the lauded 2019 documentary A Tuba To Cuba. And now, the film’s soundtrack stands as an arresting musical narrative, one that tells its own story.

Each tune extols the thrill of cross-cultural discovery—or perhaps rediscovery. As the album makes clear, in reaching across the New Orleans-Cuba divide, the septet merely is re-establishing a connection forged hundreds of years ago in the folk traditions of West Africa.

The musicians’ joy in this effort is unmistakable on tracks like saxophonist Clint Maedgen’s lighthearted “Yesteryear,” improvised and recorded solo in a Havana alcove, and bassist Ben Jaffe’s ebullient brass-band gambol “Tumba.” In and among the eight originals are several vintage recordings of traditional Cuban melodies, including the reverential “Eleggua” and Cuban dance hit “El Manicero.” Jaffe emulates these classics in his own writing, but doesn’t reference them directly, his compositions sounding fresh and contemporary while linking the two jazz capitals across distance and time. The bassist’s parents founded Preservation Hall in 1961 to maintain New Orleans’ jazz heritage, and with A Tuba To Cuba, that heritage deepens considerably.