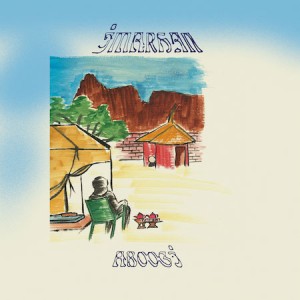 This Tuareg quintet has been gaining recognition on the world music scene since their self-titled debut in 2016. With the exception of one track, the band made this album in a studio they built in their home city of Tamanrasset, in Southern Algeria. While they draw on the style of Tuareg rock pioneered by Tinariwen in the early ’90s, they put their own spin on it. They are known as a rock quartet, but the music here has a low-key, hypnotic pulse, balanced between bright acoustic and subtle electric guitars, accented by stirring vocal harmonies and restrained percussive touches.

As before, the album features collaborations with fellow artists, lifting the band’s appealing melodies and rhythmic interplay to a new level. Acoustic guitars, sparse percussion and the vocals of lead singer Iyad Moussa Ben Abderrahmane (aka Sadam) quietly introduce “Achinkad (The Gazelle),” before the band jumps in with crackling electric guitars and enthusiastic whoops.