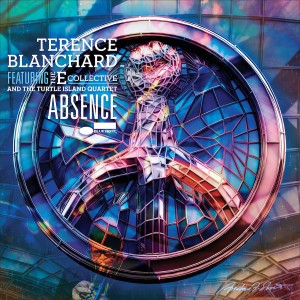 For decades the music of Wayne Shorter has exerted a profound impact. Perhaps because he’s firmly established, Blanchard feels at ease devoting his latest endeavor with the fusion-leaning E-Collective to this singular composer.

The album, which also features the Turtle Island String Quartet, avoids the obvious. There’s a smoky reading of “Fall,” famously featured on the Miles Davis classic Nefertiti, but otherwise the Shorter tunes are taken from his days with Weather Report, although “Diana” was featured on his collaboration with Brazilian singer Milton Nascimento on Native Dancer.

It’s a collaborative effort, with compositional contributions from bassist David Ginyard — who eschews any improvisation in the arrangement of his “Envisioned Reflections” — and it’s easy to hear Shorter’s impact on the churning performances, nearly all slink at a measured pace, subsumed in layers of synthesizers and a relaxed but muscular jazz-rock attack.

On some tunes the Turtle Island String Quartet limn the proceedings with predictable lines, but Blanchard gives them their own extended feature with “Second Wave,” a fluid collision of bluegrass, classical and swing. The leader’s “I Dare You,” which references Shorter’s definition of jazz as fearless, opens with a string quartet intro and a lick recalling Beethoven’s Fifth before morphing into the chugging theme, with its post-Led Zeppelin wallop.

The project conveys the emotional power of Shorter’s work, but there’s an unfortunate airlessness that prevents the music from soaring like its honoree.