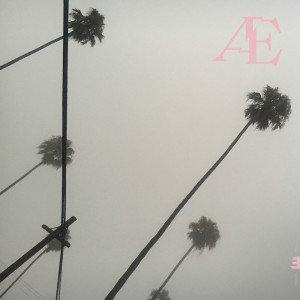 Scandinavian drummer Anton Eger is a veteran sideman for Django Bates and Marius Neset, as well as a member of the long-standing London-based trio Phronesis. He’s had plenty of time to plan his first solo effort, and on Æ, Eger establishes an identity quite distinct from Phronesis’ acoustic, piano-based sound. Relentlessly tight and totally plugged in, the album combines a pop-derived version of fusion that was in vogue around the time Eger was born in 1980 and contemporary production techniques.

The bandleader’s skills as a drummer and arranger are undeniable as he flawlessly shifts between meters and expresses melodies in tight formation with the synthesizer on “Sugaruzd +++ pT,” and uses intricate bass-drum flourishes to vary the backbeat of “Oxford Supernova +++ jC.” On that latter composition, a chirping synth and clipped guitar articulate convoluted variations that otherwise might be the tune of a serviceable soul ballad. And on the hip-hop derived “Severn B +++ fP,” each electronic texture has its place. But all this pristine execution feels as fussy and needlessly clever as the song titles. The final track demonstrates what’s missing on the rest of the album: Juliette Marland adds spoken phrases to “Sufflör +++ sB.” And while a liberally applied vocoder does little to bolster the delivery, her presence points away from the music’s claustrophobically crammed exercises in virtuosity. To be clear, it’s not Eger and company playing well that’s the problem. It’s that they seem to want the music to express virtuosity, rather than any artistic perspective, making Æ a chore to hear.