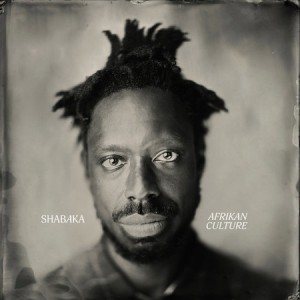 Bandleader Shabaka Hutchings, now known as Shabaka for solo projects, departs from the usual with Afrikan Culture, his solo debut on Impulse! Not that the Barbadian-British tenor player traffics much in the usual. Since joining the historic label in 2018, he’s released five iconoclastic records under its aegis: two with his Afro-futuristic rock-jazz trio, The Comet Is Coming; two with the island-beat quartet Sons of Kemet; and one with Shabaka and the Ancestors, his modern jazz confab with an eclectic group of South African musicians. On the new record — eight soothing tracks of less than a half hour’s total duration — Shabaka defies expectations yet again, this time by plunging headlong into music as meditation.

To conjure the correct atmosphere for spiritual contemplation, Hutchings relies primarily on the sounds of the shakuhachi, a bamboo flute from Japan, in various combinations. At different times he’ll ground the flute’s ethereal strains with a drone-like thrumming on the kora, a resonant plunking on the mbira, an electronic oozing from the music box or interpolations of metallic hand percussion. This instrumentation affords Hutchings little rhythmic traction; instead, the irresistible pulse of these compositions derives from a place of inchoate interiority.

Note, for instance, how the layered flutes coalesce into a swaying counterpoint against tinkling chimes on “Black Meditation,” or how the stringed and wind instruments flutter together in a cascade of angelic sound on “Call It A European Paradox.” A thematic melody and rapid improvisation drive the motion on “Ital Is Vital.”