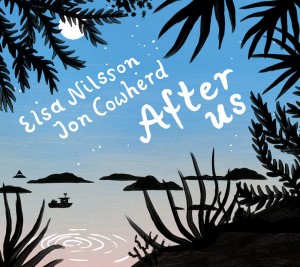 One of the impressive qualities about After Us, an album of duets by flutist Elsa Nilsson and pianist Jon Cowherd, is how adaptable the music is. The austere nature of these two instruments in tandem, playing humble, understated melodies, could provide the perfect backdrop for a host of different settings. A quiet night in, the soundtrack to a quirky indie comedy, the ambient soundtrack for a quaint boutique—these songs fit all shapes and sizes.

But that pliable nature has its risks. The softness of their sound easily could float into the background, unnoticed. Attentive listeners, though, will be rewarded with their subtle variations on jazz idioms and the splendor of their playing. On “How To Keep Moving, How To Stay,” Nilsson and Cowherd shift between a stately mood and playful swinging, with the flutist’s solo slipping into a bit of fluttering dissonance. The album’s tone recalls the spirit of early ECM releases, which often stood out due to a marked use of negative space. Nilsson and Cowherd don’t go quite as far, but there’s enough openness within each song to allow for moments of quiet reflection. The two play off one another well in this manner, their solos refusing flash and dazzle, replaced by an understanding of how a light spray of notes and chords can have as much impact as a fleet-fingered run.