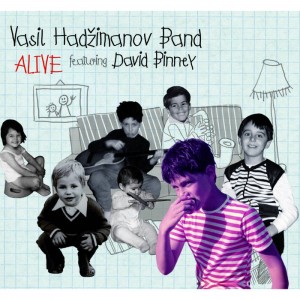 One element that’s immediately apparent is the musicians’ level of fluency. Each of them finds a way to sound original, eschewing a sense of purism. These Eastern Europeans sound as though they were raised on a diet of Return to Forever, Mahavishnu Orchestra and Weather Report, with a little Bill Bruford Earthworks and electric Miles Davis thrown in for extra spice. Binney’s playing makes it clear that he’s here for a reason.

The fairly modest opener, “Nocturnal Joy,” no sooner ends than we are swept into a blizzard of hi-speed funk grooves pitting Trijic’s guitar against Milutinovic’s speed-dial drumming on “Zulu.” Things cool down a bit with “Odlazim,” the band’s rubato roundabouts feeling like a yoga stretch after a long sprint.

The album moves into delicate territory with the insistently low-key, tuneful “Dolazim,” while the eloquent “Razbolje Se Simsir List” showcases Hadzimanov’s piano skills in a ballad setting with Binney.

“Uaiya” starts slow but builds in intensity; it’s a fusion workout, especially for Binney. “Otkrice Snova” finally returns us to the amiable, funky universe where Alive first emerged, but in a more vivid setting.