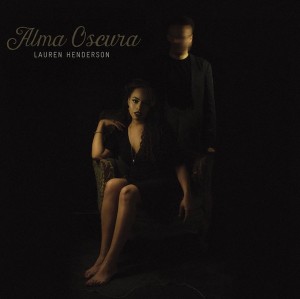 With the exception of a cappella artists, a singer can’t soar without a supportive squad. And an empathetic producer is essential to the equation. Lauren Henderson’s sixth release, Alma Oscura, is a gem, thanks to a combination of strong material, a subtle vocal style and carefully crafted settings that showcase the vocalist’s strengths. Much of the credit belongs to Michael Thurber, who played bass on the sessions, produced the album, composed three songs in the program and co-wrote the title track with Henderson.

Singing in Spanish and English, Henderson has a soft delivery that emphasizes nuance and heightens a narrative’s drama—without pyrotechnics. She surrounds herself with a terrific supporting cast that provides powerful coloration, whether it is Jon Lampley’s trumpet echoing the lead vocal line on “Something Bigger,” Emi Ferguson’s poignant flute on the title track, Sullivan Fortner’s fluid pianism on “El Arbol” or Leo Sidran (Ben’s son) sculpting a fine bilingual vocal duet with Henderson on his composition “From The Inside Out.”

Although a total of 15 musicians played on the sessions, Henderson and Thurber avoid excess at every turn, favoring a spare, impactful aesthetic. “Where Are You Now?” (a Thurber tune) has a smoky flavor that would appeal to fans of jazz, r&b and sophisticated pop, while “Protocol” has an infectious tango vibe. This album is 30 minutes long, inviting repeated spins and revealing Henderson’s admirable penchant for quality over quantity.