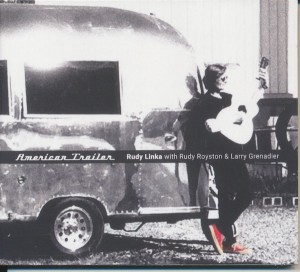 The shiny aluminum trailer depicted on the cover of Rudy Linka’s latest album is a 1964 Airstream Bambi, an iconic piece of American culture that the Czech-born guitarist received as a birthday gift from his wife. The trailer is a hit wherever Linka takes it, whether on the set of his Czech TV show Linka or at one of the many stops along the route of his traveling Bohemia Jazz Festival. And apparently it’s a source of inspiration for Linka, a seasoned road warrior who gives nods to Americana, Delta blues, rock, straightahead jazz and more on this tasteful new trio recording with bassist Larry Grenadier and drummer Rudy Royston. Linka gives a tonal and stylistic wink to guitarist John Scofield on the ballad “Field Of Sco.” The trio acknowledges the late Jim Hall, a formative influence on Linka, in the swingin’-and-boppin’ “Big Hall Blues.” And Linka’s “Just Right” is based on a rockin’ blues riff that screams Jimi Hendrix, right up to the “Purple Haze” quote that marks the end of the tune. The first of two distinctly different takes on The Beatles’ “Come Together,” which opens the album, is reharmonized and played at a measured pace. The second, which appears nine tracks later, is delivered with more bite and rhythmic drive. American Trailer is constructed entirely of such solid material, making for a memorable road trip through the wide world of Linka.