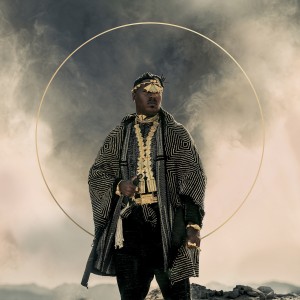 At times on Ancestral Recall, trumpeter Christian Scott aTunde Adjuah’s playing is so full of meaning that you almost can make out the intended words. He’ll repeat simple melodic phrases like a mantra over a rhythmic device culled from the African diaspora, then rise out of this polyrhythmic loam on a flying blast of sound.

Scott’s vision of an all-inclusive humanity finds expression on this new record, a quick follow-up to his triumvirate of 2017 albums, released collectively as The Centennial Trilogy. Divisions, musical or otherwise, stem from misconceptions, he writes in the liner notes: “It is time we created a sound that dispels the singular narratives of entire peoples and look to finally represent the wealth of narratives found throughout the American experience.” In creating such a sound, Scott works with an atypical admixture of aural elements: synth percussion, bebop trumpet, pan African drums, a lion roaring and Saul Williams’ poetry on “The Shared Stories Of Rivals (KEITA).” His point is well-made.

It helps that Scott is something of a musical polyglot, fluent in all of these sonic languages. But the big reveal is just how adept he is with vocals—in contrast to his previous releases, he uses singing, chant or spoken word on just about every track. A brilliant next step.