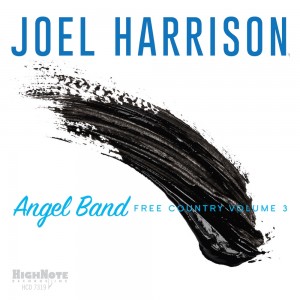 Guitarist Joel Harrison returns to his Free Country series after about 15 years, and it’s worth the wait. His celebrated fusion of jazz and country now expands its scope to include many of the other music traditions he’s assayed since the series left off in 2004: psychedelia, soul and gospel among them. It’s certainly the richest album he’s yet made.

Even that, however, doesn’t encompass all the ingredients. An eerie, psychedelic “America The Beautiful” tips its hat to Jimi Hendrix at Woodstock; vocalist Alecia Chakour leads a simmering neo-soul arrangement of “Ring Of Fire.” Harrison, Caine and alto saxophonist David Binney trade blues-tipped post-bop solos on a pathos-laden “Wichita Lineman,” with drummer Allison Miller keeping them tight.

Angel Band: Free Country, Vol. 3 easily shows that Harrison grasps not just the basis of the music he mines, but the nuances, too, resulting in a collection of great diversity and remarkable cohesion.