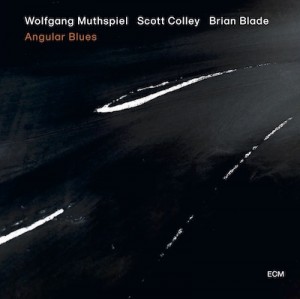 Colley adds depth to the songs, being prominent from the very start of “Wondering.” The bassist’s solos are fleet, his sound darkly solid, his parts crucial for the full affect of pieces like “Kanon In 6/8,” where Muthspiel lets loose most aggressively. Blade contributes generously, with restraint (or he’s just dialed down in the mix). He uses cymbals sparely, often for a splash coming off a roll; his fills, as on the title track, are propulsive without being pushy or hurried. Technically, the album seems faultless, realizing just what Muthspiel intends. Emotionally, it ranges from moody reverie (“Hüttengriffe,” “Camino”) to brisk, angular (“Ride”) and relatively lighthearted (“Everything I Love,” “I’ll Remember April”). This is a well-played record; not earthshaking, innovative or especially challenging, but sure to interest guitarists and guitar aficionados.