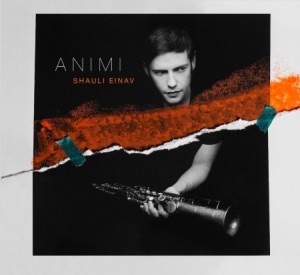 The instrumentation on Shauli Einav’s Animi, his sixth album as a leader, might put you in mind of Dave Holland’s quintet, which features the unique combination of saxophone, trombone, vibraphone, bass and drums. Einav doesn’t exactly descend from the bassist’s aesthetic lineage—he seems less interested in repeated vamps and slick polyrhythms—but seems to have borrowed from Holland in at least one way: He treats the band as if it were its own instrument.

The record’s an exercise in smartly arranged group interplay, and Einav, who plays soprano and tenor, takes advantage of the opportunity to create interesting new sounds and textures. Drummer Guilhem Flouzat and bassist Yoni Zelnik keep the music lively with elastic rhythms, but the voicings stand out the most. On “Premonition” and “Pathways,” saxophone, trombone and vibes all state the quick, twisting melodies in unison—an inspired layering of sound. And while this is Einav’s first album with a vibraphonist, Tim Collins doesn’t disappoint. His splashy chordal accompaniment sometimes recalls Bobby Hutcherson, but for the most part his touch is distinctly his own—crisp and with a short decay. Across Animi, Einav has created a sturdy group sound, and hopefully he’ll explore it further on future albums.