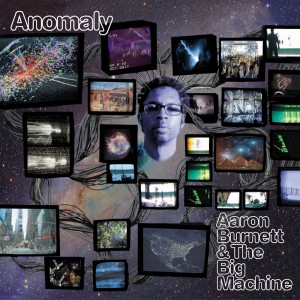 Anomaly is a smart album, in large part because it insists on being so. Saxophonist Aaron Burnett has assembled an impressive group, most notably drummer Tyshawn Sorey, whose mentoring influence in the avant-garde certainly is apparent. But this is an album that constantly see-saws between the experimental and bop, working to balance ideas soundly, still trying to sift through countless ideas. These lengthy compositions surely convey grand concepts about the movement from bebop to post-bop and into the contemporary realm, and have no qualms about accessibility.

“Picassonite” is a burner, offering a clear example of the energy to expect across the entire album. “No More Bebop?” spans the genre’s development, swinging like a bop tune with a melody that’s like finding water in a desert with a divining rod. And “Wally’s Stepchildren” has the movement of a seismic event, as listeners wait to see where the earth finally might settle. Sorey’s drumming largely anchors “The Prototype,” his flourishes never pushing him too far from timekeeper duties. However, the interplay between Burnett and trumpeter Peter Evans on the album closer, “Ditransparentmension,” is astonishing, raising its energy to dazzling heights before sweeping the table with Nick Jozwiak’s grounded bass solo.

For all the album’s grandiosity, full of sound and fury, Anomaly comes off feeling like a seminar one might attend just for future cocktail party fodder.