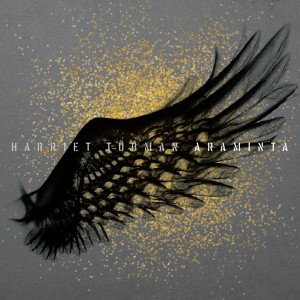 Although not credited in its title, this well-established New York trio’s latest album boasts a major collaborator. When crackling trumpet tendrils spike between the heavily altered guitar strings of Brandon Ross and Melvin Gibbs, the listener might be imagining the likely guesting presence of Graham Haynes. But instead, it’s Wadada Leo Smith, here found in a less-than-familiar electrified setting. He’s present on most tracks, so he’s much more than a guest artist, but rather a seriously steeped equal partner.

The thick, swirling soundscape is introduced right away, with Gibbs (bass) and Ross (guitar) clouding their traditional roles. They are fuzzed, scuffed, distorted and otherwise processed, this being their accustomed state. There’s an improvisatory nature to these pieces, mostly culminating at the six- or seven-minute mark.

A cinematic roiling of dark clouds dominates “Taken,” shot with the lightning of the ax gods, the drums of JT Lewis stalking with a compatibly thundering, circular motion. Ross adds shards of harp-like samples to “Blacktal Fractal,” presumably close-ups snatched from his own guitar.

It’s hard to resist thoughts of Don Cherry or Miles Davis when hearing Smith existing on this electrified terrain. “Nina Simone” follows the Davis tradition of naming a tune a er a celebrity, given a softer touch, at least for a while, but gradually getting meatier as it slugs slowly onwards. Most of the album’s pieces are not too dissimilar, but this is no disadvantage given the extreme texturing, atmosphere-building goals of its creators.