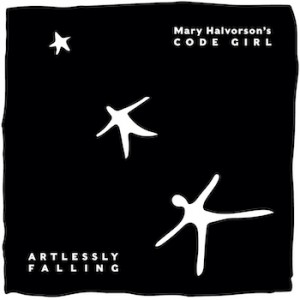 There’s an inherent musicality in the rhythm of language, and nowhere does this find a more comprehensive expression than in poetry. Voltaire said, “Poetry is the music of the soul,” and Mary Halvorson tests the maxim on Artlessly Falling, composing eight tracks around as many poems. It’s an ambitious concept, with the guitarist taking on demanding forms, like the 19-line pastoral poets’ favorite, the villanelle.

Opener “The Lemon Trees,” which features the jaunty singing of onetime Soft Machine drummer/vocalist Robert Wyatt, finds the mirror form of his plaintive phrasing in trumpeter Adam O’Farrill’s languorous soloing. On “Walls And Roses,” the lilting rhythms of his words—as well as regular Code Girl vocalist Amirtha Kidambi—are set up to contrast blasts of Halvorson’s wailing guitar. Other highlights come on the politically charged “Last-Minute Smears” (inspired by the confirmation hearings of Supreme Court Justice Brett Kavanaugh), the woozy instrumentation of “Muzzling Unwashed” and the fingerpicking of the title track.

Ultimately, Artlessly Falling is an acquired taste, a record where Halvorson paints intricate, sweeping soundscapes with challenging harmonies, deftly accompanied by Michael Formanek’s resonant bass and drummer Tomas Fujiwara’s textural rhythms. Yet, it’s in the use of poetry where depth and difficulty lie. Here listeners are confronted with a mercurial mix of words, forms and music—combinations that gel as often as they resist each other.