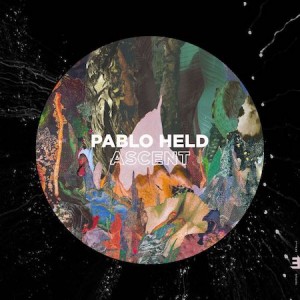 Pablo Held’s second album for Edition features the young pianist’s excellent interactive trio, with whom he has played for more than a decade, and the dazzling guitarist Nelson Veras, a recent collaborator with whom the bandleader hadn’t previously recorded. It’s an invigorating match of old and new that basks in both the similarities and differences of the soloists’ styles.

Held and Veras are both lyrical artists who favor a light, feathery and sometimes fleet sound. But Held draws more on his classical background; the lovely excerpt from a Rachmaninoff concerto featured here is not the only track on which his high romantic leanings are expressed. And Veras, a Brazilian native based in Paris, subtly draws on his background, plying his nylon-stringed instrument.

On “Unlocking Mechanism,” an apt title for the way the trio creates spaces for Veras, the guitarist slides in behind bassist Robert Landfermann’s powerful ground strokes to cast melodic light on the tune’s harmonic underpinnings. During “Ascent,” another original by the leader, who wrote five of the songs here, Held and Veras pull off the feat of melding bold unison lines and spirited contrapuntal playing. There’s a haunting electronic interlude, too, as there is on the ambient “Forest Spirits,” which features ghostly clarinet and vocals. Jonas Burgwinkel is such an edgy, propulsive drummer, you just wish the music would break free a little more often to ride high and loose on his rhythms.

Ascent is an album that’s so good so often, it very likely will broaden Held’s following on this side of the Atlantic.