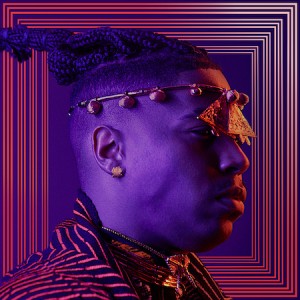 “Oftentimes when we come into environments like this to play creative improvised music, someone uses the word ‘jazz,’ and then everyone in the room becomes a fuckin’ Fulbright scholar,” trumpeter Christian Scott aTunde Adjuah told an audience at New York’s Blue Note Jazz Club at the onset of the pandemic. “And that’s cool, but that has nothing to do with where this music’s power rests.” AXIOM, which was recorded that night, is a testament to the power he mentions.

The album opens with the neon-colored “X. Adjuah (I Own The Night),” drums crackling like a campfire and imparting so much flamenco-
flavored stardust that the tune sets the stakes for the whole endeavor. Elena Pinderhughes’ luscious flute solo and more percolating rhythm punctuate Adjuah’s “The Last Chieftain (For Big Chiefs Donald Harrison Sr. & Jr.).” As the track rolls on, a psychedelic pedal on Adjuah’s horn foreshadows a manic coda that serves as an essential exclamation point. “Incarnation” sounds like the audio translation of an Aaron Douglas painting: all optimism, organic geometry, color and nods to Mother Africa. “West Of The West” is a beautiful but grizzled Rhodes-flecked cut dealing with the racist microaggressions Adjuah experienced while living in Los Angeles.

But a cover of “Guinnevere” is an electric highlight—or more specifically, a cover of the Miles Davis version of the Crosby, Stills & Nash tune is a highlight. Here—and across the album—Adjuah and his sextet continue in the spirit of Davis’ radical image.