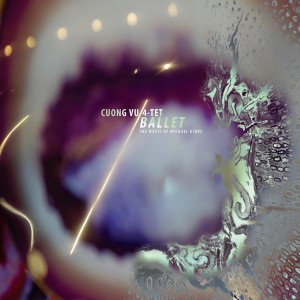 Unsurprisingly, trumpeter Cuong Vu’s take on composer/arranger Michael Gibbs is idiosyncratic and heartfelt. And it helps when you have a band that lives in a world between genres, sliding in and out of interpretation, suggestive emulation and outright reinvention.

Guitarist Bill Frisell joins regular Vu bandmates Luke Bergman (bass) and Ted Poor (drums) in a selective exploration of an important composer’s canon. Frisell and Vu’s first recorded collaboration was on the trumpeter’s 2005 release, It’s Mostly Residual, and this particular quartet more recently performed Gibbs’ music as part of a larger orchestral two-night set of shows at the University of Washington. This recording is from that second night.

The band’s playful, swinging take on “Blue Comedy” and their more dramatic, full-bore dive into “And On The Third Day” hit the melody and then some, the moods changing at a moment’s notice. The title track’s swinging pulse and thorny arrangement (if one can call it that) obscure this pretty tune only so much. As for closer “Sweet Rain,” repeated listens bear out Vu’s and, especially, Frisell’s, love of a true jazz standard, melody pretty much left intact.