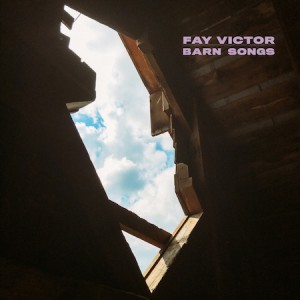 While vocalist Fay Victor has earned more than enough recognition on the New York scene to freely embrace her idiosyncratic writing, Barn Songs isn’t about making a strictly jazz-oriented statement. The record starts with cellist Marika Hughes bouncing a bow on her strings for “Dream State.” The delicate, but unadorned, notes resonate more with minimalist contemporary classical music, but their exposed state also works to support poetic improvisation. The introduction makes clear that Barn Songs is focused on creating moods to help emphasize messages more than simply flaunting virtuosity.

What was first written as a standalone commentary on superficial existence, functions like a prequel: Victor sings about “struggl[ing] to keep it together” and “thinking about being stressed out” on “Sometimes,” then switches to boldly spoken verses, investigating the frustration of human stagnancy on “Talk Talk Pt. 2.”

Despite being a mostly revisionist release—five of the seven songs here were conceived while Victor lived in Amsterdam more than two decades back—Barn Songs reveals the finesse of the vocalist’s accrued experience and demonstrates how time grants the work continuing social relevance.