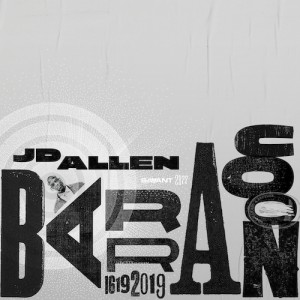 Coming on the heels of his luxuriantly melodic ballads project, Love Stone, the gruff aggression of Barracoon feels like a sharp left turn. It isn’t that tenorist JD Allen has markedly changed his sound or style, but he has doubled down on the questing, rhythmically knotty side of playing. From relentless chromaticism of the hard-bop “Communion” to the Coltrane-inspired cadences of the title tune, Allen digs in deep, as if to wrest every possible twist from each tune’s changes.

It probably doesn’t hurt that he’s got a whole new band here. Instead of bassist Gregg August and drummer Rudy Royston, who have backed him since 2008’s I Am I Am, Barracoon introduces Ian Kenselaar on bass and Nic Cacioppo on drums, a team that lends an eddying, contrapuntal fury to the music. Cacioppo is busily impressive, layering polyrhythms the way horn players stack chords, while Kenselaar occasionally switches from driving double bass to electric bass lines that, as on “Ursa Major,” function as a secondary melodic voice.

Still, describing how the individual instrumentalists amp up the intensity doesn’t entirely explain the emotional impact of the album. In his typically gnomic liner notes, Allen lets the listener know that part of what is heard on the album reflects the saxophonist’s reaction to “the political climate (the world over),” and it’s not hard to make a connection between the roiling emotion of the title tune and the actual slave life recounted in Zora Neale Hurston’s anthropological study Barracoon: The Story of the Last “Black Cargo. To his credit, though, most of Allen’s titles aren’t so obvious, leaving it to the listener to decode the emotional narrative, and occasionally exclaim, “G Sus!”