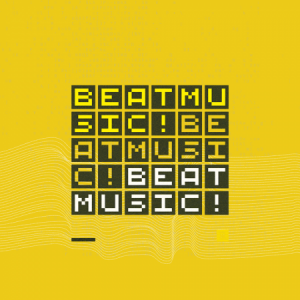 On the third release of Guiliana’s dynamic Beat Music, the team assembles dense layers of live drumbeats, bass lines, keyboards and electronics. Throughout the album, recorded voices are sprinkled on for added effect, from quotidian one-way phone conversations, to poetic eulogizing and Guiliana’s son spinning cute stories. It’s almost as though listeners progress through the levels of ever-changing live and looped music, traversing landscapes of futurism, euphoria and the imaginary, the boxy and pixelated lettering of the album cover underscoring the distinct 8-bit video game aesthetic.

But the grand scale means that uplifting anthemic moments find their home in numerous spots: the handclap soundalikes and anticipatory breaks in the swelling shuffle of “BLOOM” or in the meticulously laid-back melody of the dub-inflected “BUD.” The changing frequencies of the recorded voices, the textured timbres of the bass lines, the crunch and pop of the electronics, and the satisfying detail and precision of Guiliana’s playing are bolstered by repeated shifts and tweaks of his beats throughout each track. Sometimes it’s slight and sometimes radical, each introducing a new mode, highlighting each work’s own in-the-moment individuality.