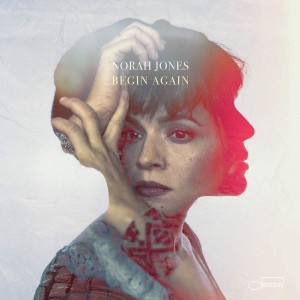 Wealth and fame can be destructive. Athletes and celebrities who hit it big at a young age often crash and burn. Norah Jones is an exception. She was 23 when Blue Note released her debut, Come Away With Me, in 2002. It earned her an armload of Grammys, and by 2005, it had shipped 10 million copies in the United States. In the years following that stratospheric career launch, Jones remained focused on artistry, rather than celebrity. She became an eager collaborator and a careful shepherd of her career, not rushing to put out “product” as a bandleader. And Jones has shown an expansive curiosity in choosing collaborators, whether she was helping form the bands The Little Willies and later Puss N Boots, or working with Willie Nelson, Dolly Parton, Green Day songwriter Billie Joe Armstrong, producer Brian “Danger Mouse” Burton, organist Dr. Lonnie Smith or sitar player Anoushka Shankar (who is her half-sister). For fans who have stuck with Jones, it’s been an intriguing journey.

Her new leader date, Begin Again, compiles seven original tracks, the majority of which she already has released. Like Esperanza Spalding, Jones’ artistic restlessness seems intertwined with eschewing the traditional ways that albums have been made, packaged and promoted. Her collaborators on this set include Wilco frontman Jeff Tweedy, keyboardist Thomas Bartlett and drummer Brian Blade. “My Heart Is Full” pairs Bartlett’s piano, keyboards and synthesizer with Jones’ layered vocals for a memorable studio creation that’s spare, yet haunting. “Begin Again” is a rocker with these pointed lyrics: “Can a nation built on blood find its way out of the mud?/ Will the people at the top lose their way enough to stop?/ Can we begin again?”

Jones—playing piano, celeste and acoustic guitar—pursues an Americana vibe with co-writer Tweedy on “A Song With No Name.” Another tune written with Tweedy, “Wintertime,” will appeal to fans of Jones’ 2004 album, Feels Like Home (Blue Note). On “Just A Little Bit” (recorded and mixed by Patrick Dillett), Jones’ yearning vocal and insistent piano riffs are augmented by poignant trumpet work from Dave Guy. Overall, the charming Begin Again isn’t a grand statement; it’s a document of an artist seeing where the winding path takes her.

Jones will tour Australia and New Zealand in April, then take a break and launch a North American tour on June 18 at Heinz Hall in Pittsburgh. Tour info is posted at her website.