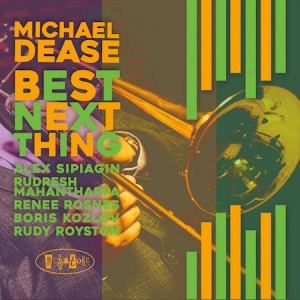 Trombonist Michael Dease assembles an all-star group of collaborators for his ninth outing on Posi-Tone Records. Featuring longtime collaborator Renee Rosnes on piano, Dease produces a sextet of bandleaders in their own right, including Rudy Royston on drums and Rudresh Mahanthappa on alto saxophone. Opting for a set list featuring Dease’s unsung heroes, the group plays through works from the likes of trombonist Steve Turre, trumpeter Charles Tolliver and bassist Rufus Reid.

Dease’s warm, enveloping tone is present throughout the album’s 10 tracks, highlighting the group melodies of Turre’s uplifting “Rainbow People,” Reid’s punchy “Glory” and the luxuriant flow of Tolliver’s “With Love.” It is a well-curated selection, highlighting the emotive capacity of these 20th century educators and composers. Yet, it is in Dease’s accompanying original compositions that his band truly arrives in the present day.

“Parker’s Brood” takes the intricacies of bebop and supplants it with a bluesy motif, allowing for a lyrical and deeply felt solo from Rosnes, while her own “Tiktaalik” plays with shades of Wayne Shorter in its deft counterpoint and undulating melody, providing space for a keening solo from trumpeter Alex Sipiagin. It is on “Lullaby For Rita” that the record reaches its apex, producing a languorous ballad in honor of Dease’s mother — part nostalgic reminiscence of infant melody, part paean to maternal love.

Although the title Best Next Thing might intimate a record premised on furiously charging into the musical future, Dease’s effort looks back to our connections with the past. There could be more room afforded for his band to experiment in their improvisations, but in Dease’s selection and writing of tunes he provides sumptuous melodies that draw from our forebears and emphasize that whatever comes next can only stand on the shoulders of what has come before.