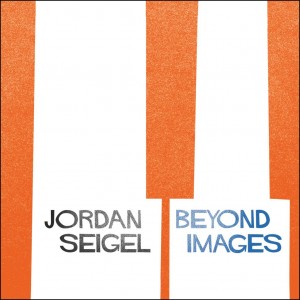 Jordan Seigel’s deft combination of a jazz pianist’s aesthetic and a film orchestrator’s sensibility makes his debut leader date, Beyond Images, a success.

Hollywood is filled with directors who lament missing the opportunity to work with such legendary film composers as Bernard Herrmann, Jerry Goldsmith and Ennio Morricone, who died on July 6 at age 91. But filmmakers today can collaborate with Seigel, who not only has an original voice but who also possesses the ability to write in the style of departed icons. Beyond Images includes a batch of nine original compositions, each one directly inspired by an artist known for film scores, including Henry Mancini, Thomas Newman and John Williams.

Afro-Cuban rhythms, propulsive piano lines and Sugiyama’s poignant alto-saxophone coloration make “Monkey In The Wilderness” (inspired by Goldsmith) the most jazz-flavored track in the program. On “The Baker Street Caper,” the plucked violin strings, insistent piano riffs and sly woodwind charts evoke past scores for great films in the mystery genre (and even though the tune was inspired by Mancini, it sounds nothing like his famous theme for The Pink Panther). Elsewhere, the sumptuous tearjerker “The Lake House” is the greatest Randy Newman song that Randy Newman didn’t compose.

A transcendent soundtrack album can stand on its own, separate from the cinematic experience, but for Seigel’s Beyond Images, there actually are no accompanying films. However, these tracks are so compelling that any of them would be a fine addition to the soundtrack for a TV show or film, perhaps with a note in the credits similar to the ones in the CD packaging, which clearly indicate that each tune was inspired by a specific film composer.