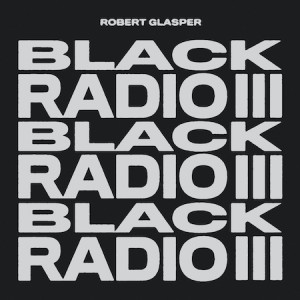 These are grim times, but somehow it’s easy to get swept up in the wash of hope that Robert Glasper frontloads on Black Radio III. “Picture even with your voice trembling, speaking up/picture dropping a ladder for all of those reaching up,” spits D Smoke while Tiffany Gouché coos the “I can feel the love” refrain of “Shine.” In a few ways, the third installment of Glasper’s Grammy-winning franchise is about the posi vibes that stir the imagination behind these rich stylistic hybrids. A blend of optimism and commitment floats through the 14-track program.

It’s not that much has changed musically since BR2; Glasper’s formula still finds R&B angels sharing space with feisty MCs while agile beats propel dreamy funk — ziggin’ retro while zaggin’ modern. But this time around, in a post-#BLM world, it’s as much about the politics of uplift as it is the vagaries of romance. The 44-year-old bandleader is a guy who knows that being yourself can mean being many things; the more he embraces his multiplicity, the more he sounds like Robert Glasper.

Poet Amir Sulaiman opens the album with a fervid “we don’t play music, we pray music.” For the most part, that ardor drives the action here. Esperanza Spalding takes a pro-diaspora, multilingual stroll on “Why We Speak.” And as “Black Superhero” chugs along, the rhymes explain the need for someone “to build and grow where they live and take care of the kids and older folk.” Elsewhere, Tears For Fears’ “Everybody Wants To Rule The World” becomes a timely reminder of pernicious megalomania.

Black Radio III: In Tune; Black Superhero; Shine; Why We Speak; Over It; Better Than I Imagined; Everybody Wants To Rule The World; Everybody Love; It Don’t Matter; Heaven’s Here; Out Of My Hands; Forever; Bright Lights.
Personnel: Robert Glasper; numerous additional musicians.
Ordering Info: found.ee/blackradioIII