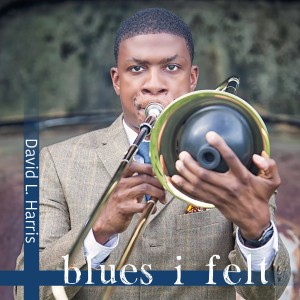 “A Pisces’ Dream,” the opening track of trombonist David L. Harris’ debut solo album, is a “Here I am” moment if there ever was one, a gesture of exhilarating presence and elevated spirits that announces the arrival of lively new trombone voice. It’s a standout track on an album rife with highlights, and its kinetic climax packs a visceral punch. Even within straightahead jazz, trombone-led albums are rare animals, and it’s refreshing to encounter a project that is stellar not just for the uniqueness of its instrumentation but for the strength of its compositions and the sheer force of its swing. Lee’s original tunes are the scaffolding of this substantial disc (of the 11 tracks, seven are the composer’s own). As a tunesmith, he tends toward a soulful, hard-bop mode, with melodies that push forward as if walking into the wind. “DJ’s Induction” is a barrage of hard, brassy refrains, and features intricate solo work by the leader and pianist Shea Pierre. The bluesy title track packs similar thrust, steered with great authority by bassist Jasen Weaver and drummer Miles Labat. Lee possesses a warm, burnished tone—just witness his plunger-muted ventriloquism on “Old Man Speaks”—but he’s also an impressive vocalist, and his clean, honey-dipped voice enlivens four tracks. A cover of Isham Jones’ “There Is No Greater Love” is an especially noteworthy vocal demonstration, as is Lee’s arrangement of Joe Raposo’s “Bein’ Green,” on which the playfully lonesome lyrics—made famous by Kermit the Frog—are delivered with utmost seriousness and care. A high branch on a family tree of New Orleans trombonists, Lee makes sure to acknowledge his lineage. “Dewey’s Notion” is a tribute to the trombonist’s mentor, Delfeayo Marsalis, whose Uptown Jazz Orchestra served as an early proving ground. And Lee’s take on “Mood Indigo” isolates the famous Ellington melody as performed by trombone great Joe “Tricky Sam” Nanton.