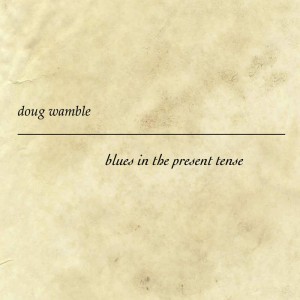 If you’re looking for a tried-and-true, gut-bucket blues record, this may not be your jam. But for those seeking an adventurous amalgam of blues, jazz and blue-eyed soul, put the headphones on and crank it up. As a guitarist, Doug Wamble has a crazy different concept and chops to burn. His guitar drips with the acoustic twang of a bluesman’s heart and the seeking nature of a jazzman’s head. It’s at once sophisticated and intensely stripped down. How could it not be, given the company Wamble keeps on Blues In The Present Tense? On drums he recruited Jeff “Tain” Watts, with Eric Revis on bass. Then toss in a badass saxophone player named Prometheus Jenkins (aka Branford Marsalis), and you’ve got the classic Branford Marsalis Trio playing blues behind a killing guitarist. Now, throw them into a recording studio for a day. Bam! Pure, spontaneous magic. If the opening number, “Homesick,” don’t make ya wanna say, “Hell, yeah,” then just go take your third nap of the day and call your nurse. The album has Wamble and company singing and playing their way through so many of the issues facing the world today, perhaps none more poignant than “Maga Brain,” a song with a clever name-play on the P-Funk classic “Maggot Brain,” but moreover, an indictment of the divisiveness in the country — even within families. Now, are there straight-ahead blues on this record? Sure, “Along The Way” and “Blues For The Praying Man” have that familiar, classic feel. But the difference here is the sheer genius of the musicians. Watts is unlike any blues drummer you’ve ever heard, breaking rules with pomp and swagger while Revis locks in the pocket good and tight with a serious slap and tickle on the bass. Jenkins, for his contributions, is onboard for a good time with flurries of blasphemous notes that go straight to the soul. So the result sounds like four master musicians going to the mother well of music and creating a tsunami. It’s one part recording session, one part amazing jam session. To learn more about Doug Wamble, check out the feature article in the January 2023 issue of DownBeat.