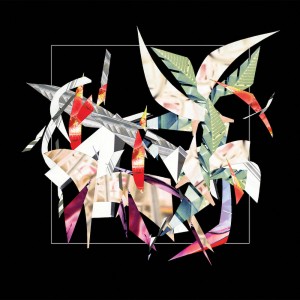 The name of Tiger Hatchery’s second ESP-Disk’ outing, Breathing In The Walls, describes its summits. At the height of its power, the album’s anarchic violence simulates the catharsis of release, of relinquishing control and letting reality dissolve into a blur of sensorial impressions. Sustaining communication at this volume is difficult, though, and when the momentary feeling of epiphany passes, the illusion of chaos dissipates. In its wake, something that sounds more like a dental procedure remains.

That’s not to say that deep into the album there aren’t moments worth sticking around for. “Triple Penny” opens with a type of unsettling, quiet clicky-clacking moment common to noise groups hoping to make the loud bits sound more impactful by contrast. Thanks to the force of the trio’s playing, it works, particularly when acting as foil for saxophonist Mike Forbes’ howling, his sawing into notes. Forbes’ versatility is a major reason Breathing remains compelling for 30 minutes: He’s an avant-jazz lyrebird, a scale shredder and a storyteller. On “Don’t Tell Your Doctor,” he artfully builds from a conventional, almost bluesy figure toward strobing intensity before arriving at a shrieking conclusion. Bassist Andrew Scott Young’s final distorted, pinched notes drive the point home.

Unlike its previous ESP effort, the Chicago noise trio seems to prefer shorter tracks here. This structural similarity to its ancestors in subgenres like grindcore or thrash has the benefit of focusing things. On bursting, fiery tracks like “Pothole Pleasures,” Tiger Hatchery pushes toward what feels like the limit of this kind of music, and Forbes’ creativity sometimes exceeds it.