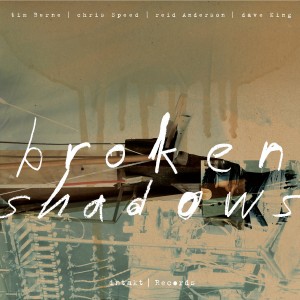 Saxophonists Tim Berne and Chris Speed formed Broken Shadows in 2017 to play a gig at Korzo, a restaurant in Brooklyn. They kept the band, which also includes the Bad Plus’ Dave King and Reid Anderson, going because they wanted a group they could easily convene when everyone was in New York. While their ground rules — no original tunes, no rehearsals, no sheet music on stage — might lead a listener to expect them to fall back on standards, the musicians have opted instead to play compositions that they know because early imprinting has braided them into their collective DNA.

Broken Shadows’ 12 songs (expanded from the 10 on an earlier, vinyl-only edition on Newvelle Records) are drawn from the work of Ornette Coleman; his associates, Charlie Haden and Dewey Redman; and Berne’s mentor, Julius Hemphill. They reach back to Coleman’s time with Atlantic, but since the ensemble’s lineup matches that of late 1960s and early 1970s bands with Redman, those years are especially well represented.

While some of the selections will be very well known, they don’t linger on the obvious. The best-represented Coleman album, Crisis, is one of his more obscure, and while “Dogon A.D.” is undeniably Hemphill’s best-known work, “Body” is a pretty deep cut. And the quartet’s treatment of the material seems especially informed by the pith and melodic focus that Coleman embraced on In All Languages; only three tracks surpass four minutes in length, and not a one will pass without imprinting its theme in your memory.