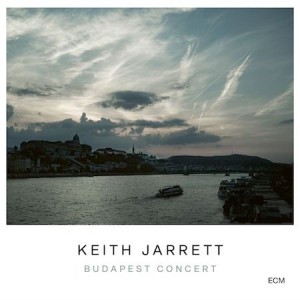 In the summer of 2016, pianist Keith Jarrett set out on a solo tour, concertizing extemporaneously in some of Europe’s greatest performance halls. ECM, his label since the 1970s, was on hand to document the performances. Munich 2016, the first album from that cache of live recordings, dropped in September 2019. By the time of that release, Jarrett had suffered two paralyzing strokes, throwing into doubt the future of his pioneering, 50-year career.

The second release from that run, Budapest Concert, serves as a poignant companion to the first. Recorded at the Béla Bartók Concert Hall in Hungary almost two weeks before the Munich date, the album unveils Jarrett’s evolving musical conception for the tour. As on Munich, he opened with a long, impulsive free improvisation that eschewed melodic suppositions (“Part I”), followed by a more concordant section (“Part II”) and two spontaneous forays into increasingly complex rhythmic and harmonic expressiveness (“Part III” and “Part IV”). Throughout the first disc, one can hear Jarrett’s signature vocalizations—the seemingly unconscious exposition of the music he’s hearing in his head.

On the second disc, these vocalizations diminish as Jarrett falls into a stretch of gentle melodicism, expounding on a sonorous motif (“Part V”), a boisterous bop head (“Part VI”), a regret-filled ballad (“Part VII”) and a heart-searing meditation (“Part VIII”). “Part IX” and “Part X” signal a return to the dark, ponderous free expression that opened the concert, and “Part XI,” an unhurried waltz, tempers the frenzy of these two preceding tracks. For the finale in Budapest, Jarrett resolved the musical epic with a growling 16-bar blues (“Part XII), before closing with some oft-played encores, an almost unbearably tender farewell.