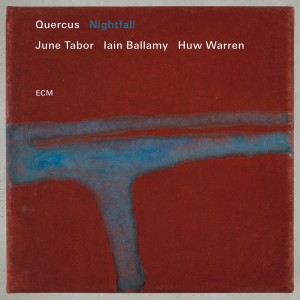 Uri Caine, a pianist with an animated yet erudite style, leads an agile trio through 15 dynamic tracks—several of them orchestrated, many of them not—onCalibrated Thickness, his daring new album with drummer Clarence Penn, bassist Mark Helias and guest cornetist Kirk Knuffke, who appears on three tracks. Those musicians, beyond their outsized talent, bring a fresh sense of openness to the mainstream piano trio format, as demonstrated on the free-improvised “Woke Up This Morning,” with its spikey musical exchanges, and “Downward Spiral,” in which shards of melody crystallize within a swirl of spontaneously composed sound. Clarity within abstraction is a recurring theme on this disc, a premise that lends a soft-edged shape to tracks that might otherwise feel unrestrained. “Icicles,” featuring Knuffke’s clear-toned incantations, sounds tuneful and assured even as its melody leaches out across the floor. And “Bleeding Heart,” a ballad, uses a recurring piano motif as a lighthouse in a storm, the pianist returning to the comforting phrase in times of sonic unrest. Fans of mainstream jazz might feel the same sense of solace about tracks like “Manahatta,” which finds Caine turning Tyner-esque summersaults through the pentatonic scale, and “Golem,” a brawny swing tune that lurches forward with powerful steps. These pieces, despite their more recognizable structure, nonetheless exhibit the same kind of cage-rattling vitality that has become one of Caine’s most compelling attributes. They’re also riveting examples of the pianist’s fluid improvisational technique. Those wanting to follow this dauntless sonic explorer down exciting new paths will have plenty of opportunity to do so. He celebrates the album’s release at Smalls in New York City on Aug. 29.