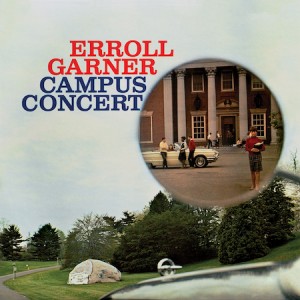 The release of vintage recordings can lead to a reassessment and deeper appreciation for an artist’s career, and that certainly has been the case with pianist Erroll Garner (1921–’77). The DownBeat Hall of Fame inductee’s renaissance is in full swing. In 2015, Legacy released an expanded version of the classic album Concert By The Sea, with 11 previously unreleased tracks. That was followed by two albums of previously unreleased material: the 2016 studio compilation Ready Take One (Legacy/Octave) and the 2018 release Nightconcert, a live trio date recorded in Amsterdam in 1964 with bassist Eddie Calhoun and drummer Kelly Martin.

Between Fall 2019 and June 2020, the partnership between Mack Avenue and Octave Music will reissue 12 albums in the Garner catalog as part of the Octave Remastered Series. Each of the albums has been restored to clean up any distortion in the original tapes. Each will include a previously unreleased track, and the reissues will feature some musical introductions that were edited out of the performances when they originally were released. In addition to Garner’s vocalizations (yelps, growls and grunts), he frequently would precede a standard with a solo piano flourish, as his bandmates waited to see what would follow these mesmerizing introductions. Reinstating these intros gives the contemporary listener a more accurate depiction of what it would have been like to hear Garner on the bandstand.

The lively Campus Concert, the sixth release in the Octave Remastered Series, was recorded at three shows in 1962 and finds Garner in a trio setting with Calhoun and Martin. Those players were there to support the star; no bass or drum solos are included here. Nor are there any spoken comments, but listening to this gem gives one the sense that the pianist had established a rapport with the crowd. The spotlight is trained on Garner as he applies his distinctive, muscular style to a set that focuses on standards, including “My Funny Valentine,” “Almost Like Being In Love,” “In The Still Of The Night” and “These Foolish Things (Remind Me Of You).”

The album opens with a rousing “(Back Home Again In) Indiana,” a track perhaps chosen as a crowd-pleaser for the audience at Purdue University, in West Lafayette, Indiana—where the bulk of the program was recorded. Throughout the proceedings, Garner swings like a gate and displays an infectious robustness, as on “Lulu’s Back In Town,” one of two cuts recorded at the World’s Fair Playhouse in Seattle.

“Stardust,” the other Seattle track, is the album’s zenith. Previous versions of Campus Concert include a 4:52 version of Hoagy Carmichael’s classic tune, but this reissue offers a 5:47 rendition. So, not only can listeners enjoy the familiar right-hand and left-hand call-and-response segment included on the album’s original release, they also get to hear Garner’s full exploration of the tune, showcasing his renowned harmonic imagination at work.

The program concludes with a previously unreleased original tune, “La Petite Mambo,” a fun swinger that nods to another original that the Pittsburgh native played that night in Indiana: “Mambo Erroll.”

Listening to this program will put listeners in a time machine that travels to an era when jazz had great cultural currency on college campuses, and the fervid cultural debates about The Beatles were still a few years away.