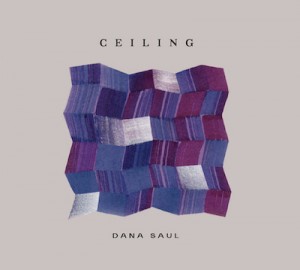 Pianist Dana Saul’s debut frequently has little in common with jazz, other than its instrumentation.

Saul rejects dynamics and extroverted solo gestures in favor of a collective sound that has the respiratory quality of ’70s minimalism; the music slowly expands and contracts like six pairs of lungs operating in unison. The compositions blend together like movements in a single 41-minute work, sustaining a mood and a philosophy. The solos seem to arrive not as the result of one player stepping forward, but because of a momentary withdrawal by others.

Adam O’Farrill’s trumpet solo on “Ceiling” is a disruptive element, his smeared notes sounding like someone rubbing patterns on the surface of a balloon with their thumb. Vibraphonist Patricia Brennan and drummer Matt Honor attempt to intervene, the latter tattooing a sharp, militaristic pattern, as if to say, “Hey, cut that out and get back in line!” At times, the two sides interact, as when O’Farrill and Brennan trade phrases on “A Living Dream,” her vibes ringing out like a metallic cloud.

Taken as a hybrid work, half jazz and half modern composition, it’s both meditative and compelling, almost seeming to slow the passage of time.