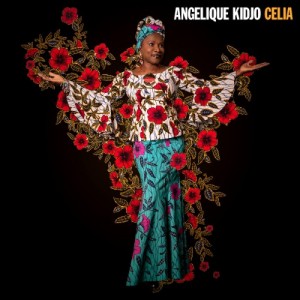 Some LP-length albums seem incomplete, but Angélique Kidjo’s 36-minute tribute to Celia Cruz is such a delightful dervish of a recording that its runtime seems completely apt.

Funneling Cruz through Afrobeat guitar, vocal choruses and unison brass shouts might seem sacrilegious given the reverence reserved for the Queen of Salsa, but Kidjo and arranger David Donatien manage to get at the West African essence of Cruz’s music without disregarding the source material. In fact, Celia succeeds not just because it blazes from start to finish, but because it sends you back to Cruz’s originals to understand which elements fueled the transformation.

A case in point: “Bemba Colora,” Cruz’s 1966 anti-racist song, which later became her signature piece. Cruz’s version is a rumba, heated to be sure, but nothing approaching where Kidjo takes it in league with UK saxophonist Shabaka Hutchings and his Sons Of Kemet. In their hands, the song is a hardcore blast of blatting tuba, skittering percussion and careening tenor that threatens to derail at any second. With Kidjo growling out the lyrics, the performance has the slightly woozy anthemic delirium of the British post-punk band Rip Rig + Panic. Even when she slows the pace on a sultry version of “Oya Diosa,” the grit in her voice and the complementary cello of Clément Petit ensure that this is anything but a mere tribute to a legend; it’s a complete reimagining of Cruz’s legacy that carries the Cuban singer back to Africa.