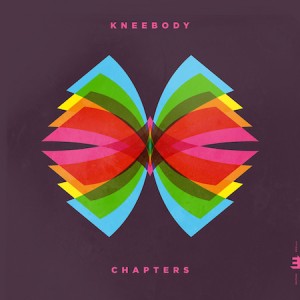 Kneebody always has been a difficult band to define. Traversing everything from grungy guitars to honking diaphragmatic horns, soulful vocals and intricate jazz-influenced melodies, its the genre fluidity that makes the band such an engaging live act.

For Chapters, its follow-up to 2017’s Anti-Hero and its first as a quartet following the departure of bassist Kaveh Rastegar, Kneebody shows no sign of changing its anything-goes formula. Opener “Spectra” charges in with polyrhythmic saxophone and piano lines, backed by a battering groove from drummer and bassist Nate Wood. The unexpected choral melody that soon wafts in is typical of Kneebody, too, upending expectations and challenging listeners as soon as they feel comfortable. Vocalist Michael Mayo takes the reins with his falsetto on the following number, “What’s My Name,” although highlights come during incisive solos from keyboardist Adam Benjamin and saxophonist Ben Wendel.

There’s little doubt that these four are musicians playing at the top of their game, interlocking with a telepathic connectivity that only comes to a band that’s played together for almost two decades. Yet, for all the ensemble’s virtuosity, Chapters is a fragmented and overly complicated listening experience. And while the movement among genres has come to characterize the group, on this record it seems as if the band’s just trying to pack too much into a small space. Allowing for a bit of breathing room or silence around slower numbers—like “When It All Comes Down,” which features vocalist Gretchen Parlato—would properly showcase the acumen of all involved.