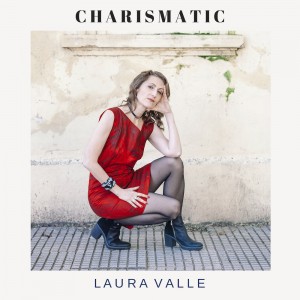 On her sophomore album, Charismatic, charming Argentine singer-songwriter Laura Valle proves that a great melody is the universal language, as she offers lyrics in Spanish, English and German (with translations posted on her website).

Based in Southern California, Valle pursues a jazz-meets-pop aesthetic on this program of 11 original compositions. She also produced the album, carefully blending her multitracked vocal parts on catchy tunes like “I Keep Digging” and “Vos Y Yo.” Pianist Rob Kobayashi, who plays on eight tracks here, provides compelling propulsion for “The Essence Is Inside Of You,” while keyboardist Brad Vinikow fuels “Todo Se Transforma,” which features Valle’s subtle vocal flourishes. The bandleader has used the term “pop march” to describe the title track, which is anchored by the quasi-martial rhythms of drummer Isaac Sanchez. Funk and r&b influences are key to “Parte Del Pacto” and “Was Ist Liebe” (one of two tracks on which Logan Bacharach contributes alto and tenor saxophone). The emotional zenith is “Voz De Niebla,” a powerful ballad dedicated to singer Amy Winehouse (1983–2011). Valle is accompanied only by Kobayashi’s piano and Tower of Power member Sal Cracchiolo’s flugelhorn on this tune, which includes a heartbreaking line that translates as “Was it love or was it life itself that left you a scar of fire?” The album concludes with the inspirational “Seres Humanos,” on which a choir of students from Valle Vocal Studios enhances the song’s optimistic mood.