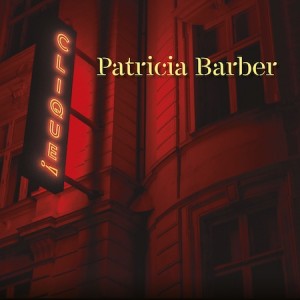 Patricia Barber can be a cerebral songwriter, but on her sparkling new ultra-hi-fi release the Chicago singer-pianist opts for the nuanced simplicity of popular songs. Of course, with an uneasy title like Clique, nuance is the key. Of the seven tracks with lyrics (two are instrumentals), many play with the idea of being in, out or on the edge. Thus, even as the singer flips the bird to the burg that’s shunned her on Lee Hazlewood’s “This Town,” you can feel the anger and hurt beneath the bravado. And in the opposite scenario, the braggart who runs with the cool kids on “The In Crowd” feels a bit too much like a gloater. And so it goes.

As if to drive home her point about complexity imbedded in simplicity, Barber convincingly sings the Portuguese lyrics to “One Note Samba,” an elaborate conceit proposing that all notes (and loves) lead back to one. Alec Wilder’s conflicted narrator on “Trouble Is A Man” has “nothing good to say about him,” yet she “hates a day without him.” Stevie Wonder’s asserts through salty tears that “All In Love Is Fair,” though he’s not really quite ready to accept it.

Barber delivers these love stories with a pristine clarity and intimacy enhanced by the exposed placement of her voice — as well as the beefy vamps and solos of bassist Patrick Mulcahy — in the surround-sound mix. The trio’s estimable inside-outside rumbles on “Mashup” and “Straight No Chaser” can be read as a musical rhyme for the album’s lyrical theme, though ultimately they distract somewhat from the narrative.