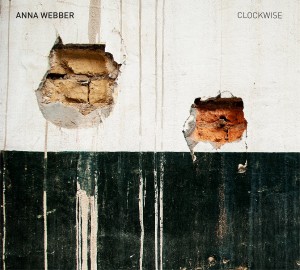 There’s a distinctive orderly feel to Clockwise, the latest from composer, multi-instrumentalist and 2018 Guggenheim fellow Anna Webber, despite some of the music’s feral keening.

It’s easy to get lost in the warbling chaos that comprises portions of the album’s opening third, the breathier moments recalling some of Sam Hillmer’s work with ZS, an avant New York troupe that rumbled into existence during the early 2000s. Shifting into “King Of Denmark I/Loper” and “King Of Denmark II,” though, finds Webber prodding the septet into territory folks might deem new music. The works feel a bit darker here—grumbling and foreboding—even as some of the same extended techniques remain foregrounded.

Devised after pouring over compositions by 20th-century composers—Stockausen, Cage, Varèse—each piece’s scaffolding was written following meetings Webber had with musicians when they were asked to show her “a bunch of the weird sounds that you know how to do,” she recently told DownBeat. And the troupe’s rhythm section seems capable of injecting an additional sense of play into the clutch of new compositions, removing any semblance of over seriousness, even as a specter of darkness lingers. Pianist Matt Mitchell (who also performs in Webber’s SIMPLE Trio) infrequently finds himself at the center of the action, but along with the bandleader on flute, lightens the mood on “Array,” a 10-minute excursion that easily could be dispatched prior to some sinister plot twist in any Hitchcock film.

Less academic than its premise portends, Webber’s Clockwise easily splices wobbly swinging sections into a collection of work that’s as rigorously conceived as it is agreeable to take in.