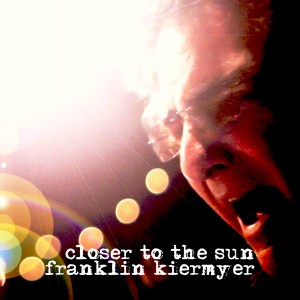 Drummer Franklin Kiermyer is a true believer in the Church of John Coltrane, with special reverence for the great saxophonist’s Meditations-era ensemble that stretched Elvin Jones, McCoy Tyner and Jimmy Garrison to their limits as Pharoah Sanders’ horn seconded Trane’s in seeking truth and transcendence through urgently physical musicality. Joining Kiermyer on his ninth album as a leader since 1992, pianist Davis Whitfield, tenor saxophonist Lawrence Clark and bassist Otto Gardner do an extraordinary job of emulating their models. Throughout Closer To The Sun they demonstrate the enduring relevance of Coltrane’s half-century-old expressive breakthrough, not through slavish imitation but by commitment to creative principles they’ve taken as their own.

There’s no “phoning in” the phrase-shattering solos Clark spins out of the most basic intervallic motifs here, no way to fake the mode-ripping, nearly orchestral tumult Whitfield drives to exhausting climaxes. And as for Kiermyer, he’s absorbed to the max in building his polyrhythms from the bottom up, bass to toms past snare, punctuated with frequent cymbal splashes. Thanks perhaps to producer Michael Cuscuna, compositions of overall serenity such as “Greetings To Pharoah,” “Song For My Daughters,” “For Arthur Rhames” and “Humanity” alternate with the storms of “Unified Space-Time,” “Grace,” “Heliocentric” and the title track. Kudos to Kiermyer and his quartet for keeping the faith and preaching it compellingly.