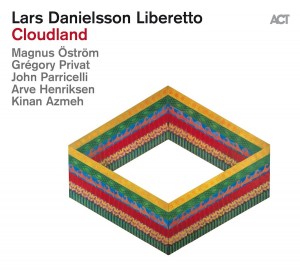 Lars Danielsson’s early records on Dragon stretched in tone from pastel to craggy discord, leading some to reach for the ECM catalogue for points of comparison. In a sense, ACT has taken over aspects of the ECM method, but Danielsson has developed in different directions than he would have under Manfred Eicher’s wing. For a start, the pastel tones have firmed up into something much more solid and soaked, and while the discord has calmed, it’s still implied throughout these new pieces that make up the fourth Liberetto album since 2012.

As soon as Arve Henriksen comes in on the title track, he tends to command the foreground with that famous flute-inspired trumpet sound. By contrast, clarinetist Kinan Azmeh is more anonymous, and guitarist John Parricelli doesn’t push for attention, playing with subtle authority as harmony instrument and colorist.

Grégory Privat has his finest moment on “The Fifth Grade,” which begins as if in canon and then pushes out into more complex, rhythmically subtle territory. The pianist touches in the melody of “Tango Magnifique” and Parricelli responds on steel-string acoustic, but the song never breaks into the effusions one waits for, instead making way for another brief but ringing solo from the leader. “Sacred Mind” does something similar. By then, the ECM analogy has largely departed and the set again confirms not just Danielsson’s stature as a leader/composer, but also the distinctive direction Siggy Loch’s label has taken, effortlessly blending new jazz with other forms.