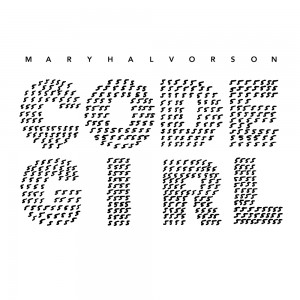 Mary Halvorson’s inner rockist isn’t ever too far from the surface.

On her new album, Code Girl, the guitarist includes vocalist Amirtha Kidambi in an ensemble that’s been gigging sporadically for a little more than a year. The contrast between the quieter moments on the album that foreground Kidambi’s contributions with Halvorson’s most muscular musical proclamations creates a new context for the bandleader to unloose her compositional aptitude.

“Accurate Hit” showcases Halvorson and Kidambi dueting, but comes after some of the noisiest moments on the record, as the bandleader concludes “In The Second Before” with one of Code Girl’s most free moments, drummer Tomas Fujiwara rumbling defiantly behind the trancing ensemble. On “The Unexpected Natural Phenomenon,” Kidambi is the focal point, her vocal gestures approximating some of Halvorson’s outré performance. When the vocalist does deal in traditional lyrics, though, it’s almost a string of riddles.

Longtime fans might not be looking for—or expecting—vocal lines to accompany the bandleader’s deft guitar theatrics, but Kidambi’s inclusion in the ensemble provides an avenue for Halvorson to expand her palette and potentially move toward some new artistic finery.