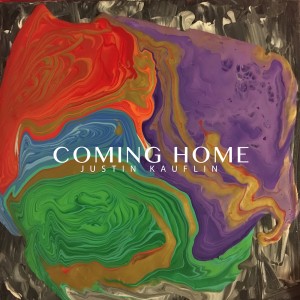 There is a moment on “Country Fried” when pianist Justin Kauflin and his cohort interrupt what essentially is an album of tranquility, replete with all the overtures of a lazy afternoon in a bucolic setting. The sudden feeling of a hoedown or a Southern front-porch jam session gives guitarist Alan Parker space to explore some territory beyond general languidness.

Kauflin’s execution, his ability to ripple waves of notes from the keyboard flawlessly and evoke colorful meadows of sound is unquestionably superb. But listeners wait in vain for the bandleader and his group to break out of an emotional sameness, to apply at least a patina of blues and a frisson of funk.

Except for bassist Chris Smith’s inventive interlude during his solo on “Strawberry Fields” and elements of drama from drummer Corey Fonville on “Somethin’ Somethin’,” the band seems content to spin in an unbroken circle of repetition. That’s not to say that repetition is valueless, it’s just that the music should take listeners somewhere other than over the same chord changes, the same chromatic, cascading runs and fills.

If Coming Home were a film score, it vividly would capture a young man walking down a country road on his way back from some venture abroad, happy to again see a small farmhouse or a welcoming family. If Kauflin had this in mind, he accomplished it magnificently. But it’s possible to add more than a filigree of groove to the backwoods. In short, Coming Home is a slow, modestly eventful trip with a destination that keeps receding on the horizon.