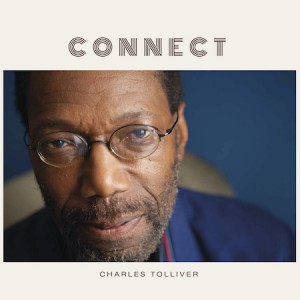 Following a lengthy hiatus, Connect is the welcomed return of veteran trumpeter Charles Tolliver. It picks up on the same energy he emitted on the big-band dates With Love (2006) and Emperor March: Live At The Blue Note (2009), despite the ensemble here being a smaller group.

With its rugged amalgam of hard-bop swagger, backbeat funk and steely Afrocentric sense of determination, the timing of the album couldn’t be more ideal, given the current swell in interest around 1970s underground jazz on labels like Strata East, which Tolliver helmed alongside Stanley Cowell. That music’s gone on to inform generations of players, including British tenorist Binker Golding, who guests on two tracks here.

Those who caught Tolliver’s live shows from the previous decade probably will recognize the repertoire on Connect. It starts with the thundering “Blue Soul,” where drummer Lenny White, pianist Keith Brown and bassist Buster Williams pound an insistent rhythm before engaging in a loping medium-tempo groove on which alto saxophonist Jesse Davis joins Tolliver in a street-player melody. Tolliver’s tart, avant-blues improvisation reveals a weathered beauty that best can be compared to the emotive prowess of singers like Jimmy Scott or Sarah Vaughan in their latter years.

The ensemble also explores Tolliver’s moody “Emperor March,” which moves at a disquieting rubato tempo, bouncing back and forth between jazz-funk and a jangly samba groove. The fetching hard-bop burner “Copasetic” recalls Tolliver’s glory years, while the driving, Latin-tinged “Suspension” captures the combo at its most fierce.